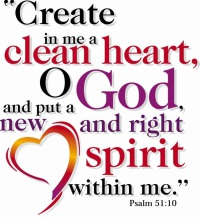 For other opportunities around the South Bay visit: Advent 2017 Penance Services

Preparation and Examination of Conscience

As you prepare to celebrate the Sacrament of Reconciliation, begin not by thinking about your own life but about the life and words of Jesus. It is good to have a standard against which to measure your life and the kind of person you are. Jesus provides the standard for us Christians. So before celebrating the Sacrament, spend some time thinking about Jesus, the kind of person He was, the attitudes and values He had, the way He treated others. Think of what Jesus has to say to us today and to our world.

Having looked at Jesus’ life, now take time to look at your own. Here is an examination of conscience which may help you to look more closely at the serious issues in your life and where you have failed in living out your gospel calling.

What kind of Christian am I?

Remember that God isn’t interested in how good a memory you have, or how many failings you discover in yourself. It is impossible to recall every fault and failing. God knows that. All God asks is that you come before him genuinely sorry for those times when you have failed him and failed the community.

This is the procedure you follow when you celebrate the Sacrament of Reconciliation:

The priest gives a suitable Penance.

You then express your sorrow by saying an Act of Contrition. Use any suggested prayers of sorrow below or speak your sorrow to God in your own words.

Absolution from sin (God’s and the Church’s Forgiveness)

God has forgiven you. But your celebration of the Sacrament of Reconciliation does not end when you come out of the confessional or leave the church. At the heart of the celebration is your undertaking, that with God’s help, you have been forgiven and also that you will consciously try to live a better life in the future.