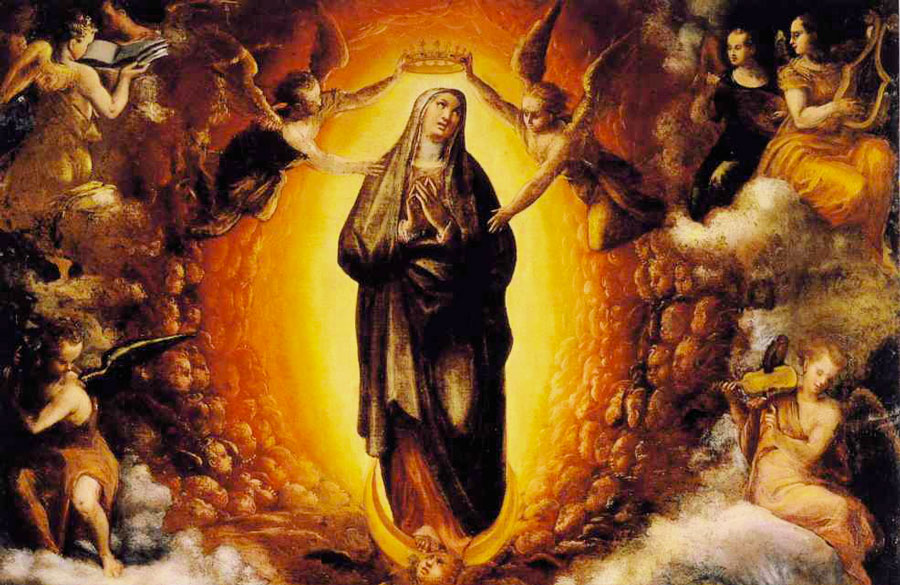 August 15th is the Assumption of Mary, a holy day of obligation.

From Franciscan Media:
The Story of the Solemnity of the Assumption of Mary

On November 1, 1950, Pope Pius XII defined the Assumption of Mary to be a dogma of faith: “We pronounce, declare and define it to be a divinely revealed dogma that the immaculate Mother of God, the ever Virgin Mary, having completed the course of her earthly life, was assumed body and soul to heavenly glory.” The pope proclaimed this dogma only after a broad consultation of bishops, theologians and laity. There were few dissenting voices. What the pope solemnly declared was already a common belief in the Catholic Church.

We find homilies on the Assumption going back to the sixth century. In following centuries, the Eastern Churches held steadily to the doctrine, but some authors in the West were hesitant. However by the 13th century there was universal agreement. The feast was celebrated under various names–Commemoration, Dormition, Passing, Assumption–from at least the fifth or sixth century. Today it is celebrated as a solemnity.

Scripture does not give an account of Mary’s Assumption into heaven. Nevertheless, Revelation 12 speaks of a woman who is caught up in the battle between good and evil. Many see this woman as God’s people. Since Mary best embodies the people of both Old and New Testaments, her Assumption can be seen as an exemplification of the woman’s victory.

Furthermore, in 1 Corinthians 15:20, Paul speaks of Christ’s resurrection as the first fruits of those who have fallen asleep.

Since Mary is closely associated with all the mysteries of Jesus’ life, it is not surprising that the Holy Spirit has led the Church to believe in Mary’s share in his glorification. So close was she to Jesus on earth, she must be with him body and soul in heaven.